Beit Shemesh is first mentioned in the Book of Joshua 15 as a city in the territory of the tribe of Judah on the border between their territory and that of the tribe of Dan. Amongst other biblical references, the city is famous for its mention in chapter 6 of the book of 1 Samuel as being the first city encountered by the ark of the covenant on its way back after having been captured by the Philistines in battle.
Modern day Beit Shemesh was founded in 1950 as the Hartuv displaced persons camp "Ma'abarat Har-Tuv" on the site of the current-day Moshav Naham. The first inhabitants were Jewish Bulgarian immigrants, who were joined by more immigrants from Bulgaria, Iran, Iraq, Romania, Morocco and Kurdistan.
Today it has a population of ~85,000 including influxes of Jews from Russia, Ethiopa, North America and Europe. 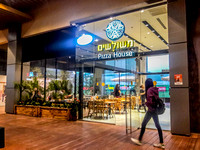 Trees in Late Afternoon After Rain 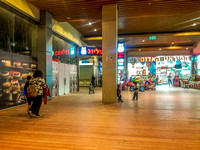