Created 13-Nov-19
Neriya Zarog lives with his wife, Miriam, and their two children on Kumi Ori, one of Yitzhar’s hilltops. Neriya is a yeshiva student at the local kollel and tends a flock of goats, Miriam is a holistic therapist and they are home-schooling their children. In an interview last week Miriam called on Maj.-Gen. Padan to refrain from signing the administrative order: “I call on Major-General Padan to renounce his intent to serve Neriya with the order. Stop the destruction [of hilltops] and the harassment of residents who have come to protect the Land. The army is meant to combat terrorists and to deal with terrorism.”
The civil rights group Honenu said: "The GSS and the IDF are using procedures dating from the time of the British Mandate to harass Jews striving for the sake of the Land of Israel who have committed no crime. Without a trial and without a judge."
"Sunday, November 17, 2019, 11:17 Neriya Zarog is continuing to fight the administrative distancing order which separates him from his home in Yitzhar, preferring to remain in remand rather than agree to the order.
On the morning of Sunday, November 17, Zarog spoke before the Petah Tikva Magistrates Court at a deliberation on his case. Zarog stated that he is incapable of signing on the draconian order and told Judge Erez Melamed: “They are tearing us from the Land because what interests us is not money, not material pleasures, and not honor, but rather the Land of Israel in its simple and genuine form. Apparently there are people who are disturbed by that." 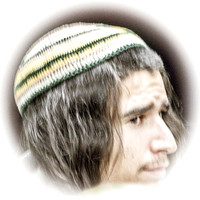 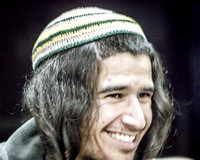 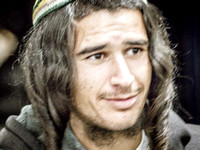 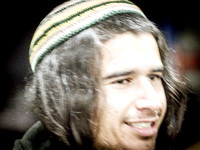 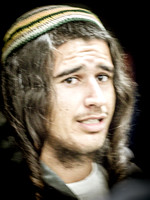 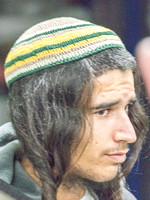