Created 11-Nov-18
Tel Aviv is a strange city. Nestled in the Florentin area of southern Tel Aviv, the LEHI Museum known as “Beit Yair” after Araham Stern seems somewhat out of place. It lies in Rechov Avraham Stern, a street lined with modern graffiti (see the first two photos) which stands in stark contrast to the somber theme and past of this museum.
The museum stands as a memorial to the LEHI fighters who lost their lives fighting for independence from the British, as part of the LEHI underground or subsequently for the IDF. It is visited by all sectors of Israel society, including of course the IDF itself.
In short, it is worth dedicating at least two hours to this focus of Israel’s modern past. 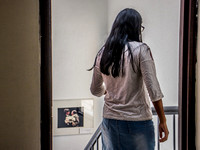 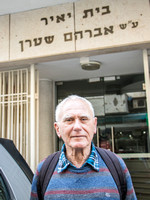