Created 7-Dec-13
Giv'at Asaf was established in 2001 and named after Assaf Hershkovitz, a 31-year-old resident of Ofra who was murdered by Palestinian gunmen on the road near the site of the community. His father Arieh had been similarly murdered near the same spot four months earlier.
A placard was placed at the entrance of the outpost that said "We have come back home". According to Benny Gal, the community leader, "On this exact spot, 3,800 years ago, the land of Israel was promised to the Hebrew people".
The community is beautified by terraced gardens and the hospitality of one of its founding members, Rav Menachem Listman. 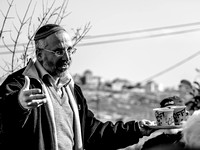 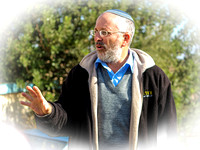